One of the National Park locations Jason and I have been dying to get to is Kentucky’s Mammoth Cave National Park. For years we have talked about camping near the caves and showing the boys a wondrous world underground, so when the opportunity came for us to spend several days at Mammoth, we jumped at the opportunity — especially since that opportunity would occur over Earth Day, and we couldn’t think of a cooler way to celebrate our planet than spending it 500 feet below the surface.

A push for Mammoth Cave to join the National Park Service began in 1900, and yet it took 41 years for it to formally become a part of the NPS family, which was then further delayed due to World War II. A formal dedication establishing it as the 26th unit was held September 18, 1946. 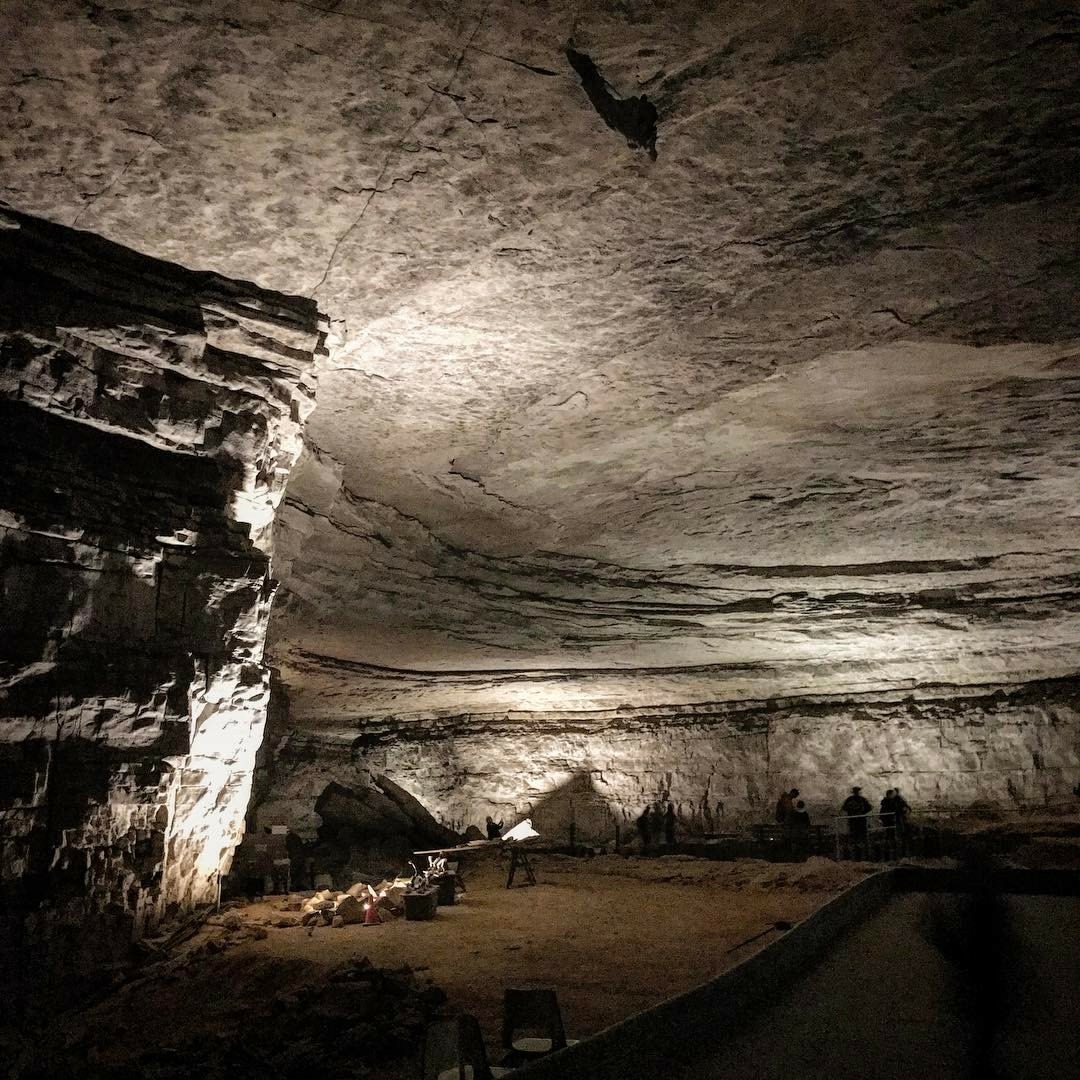 Mammoth, on so many levels, is an incredible space to visit, but what is really hard to wrap your head around is the fact that there are over 390 known miles of cave tunnels, and the NPS has over 52,000 acres under its care. It’s gorgeous on the surface, and it’s gorgeous below the surface. There are several tours available, and they range from the novice explorer to a really cool Wild Cave Tour which covers 6 miles and takes around 6 hours to complete. This tour is not for anyone who’s claustrophobic or has a fear of heights, as both phobias will be tested. It also has an age restriction of 16 or older, so naturally, Jason and I wanted to do it, but sadly, it just didn’t work with our schedule. So, someone go and tell me about it, or if you’ve been, leave me a comment and tell me all about how amazing it was.

Our campground, Bailey’s Point on the Barren River Lake was another amazing Army Corps of Engineers spot, and about an hour away from the cave.

At first, we balked at the idea of being so far, but as we have found time and time again, Army Corps of Engineer campgrounds just can’t be beaten in terms of space, upkeep and general all around awesomeness. Before arriving in Mammoth we’d taken a slow travel trip to Nashville and stayed at three Army Corps spots, so we felt the possibility of success was high, and we were right. This is a gorgeous campground, and everyone was so nice, but man is it hilly. Our spot sat at the top of a pretty intense hill, and I watched in awe several times as drivers backed their rigs into spots that needed just the right amount of gas without giving it too much power. I include my husband in this statement as he backed Bussie into a rather awkward spot like a boss. This was a campground we’ve put on our return list. The location is gorgeous and, the drive to Mammoth wasn’t bad thanks to Jim Dale’s amazing narration of Harry Potter and the Goblet of Fire. 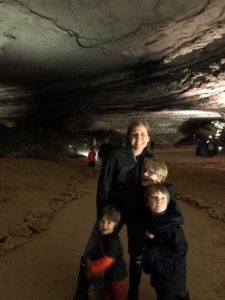 So what did we DO at Mammoth? Plenty, and yet, not enough. We enjoyed two full days at the park and two tours. On the first day, which was also Earth Day, we took the introductory 3/4 mile “Discovery Tour,” which leads you through the historic entrance to the cave, and you get to see what Mammoth is all about – size. There are some massive rooms where underground rivers flowed centuries ago, and instead of decorative formations, you see massive cave ceilings that seem to defy gravity. To say we were a little awe struck is probably an understatement. It’s one of those experiences where try as you might, a picture will never fully do it justice. You just have to see it to believe it.

On our second day in the park, we took the “Frozen Niagra Tour,” which is the frilly portion of the cave. Lots of pretty formations are on display in just a 1/4 mile path. This tour is full of stairs, and low ceilings and a couple tight squeezes, but the kids did great, and the trail was fairly easy. Frozen Niagra was a nice tour, but we got the sense (having been to many other midwestern caves) that decoration isn’t Mammoth’s major strength, and we wish we had chosen a longer tour through some of the massive caverns. This tour ends abruptly, and then you walk back the same path you came in. We were craving so much more, especially with the “Discovery Tour” so fresh in our minds.

The visitor’s center is well done, and we loved the ice cream parlor attached to Mammoth’s hotel so much we went twice. Kids recommend the Blue Moon. 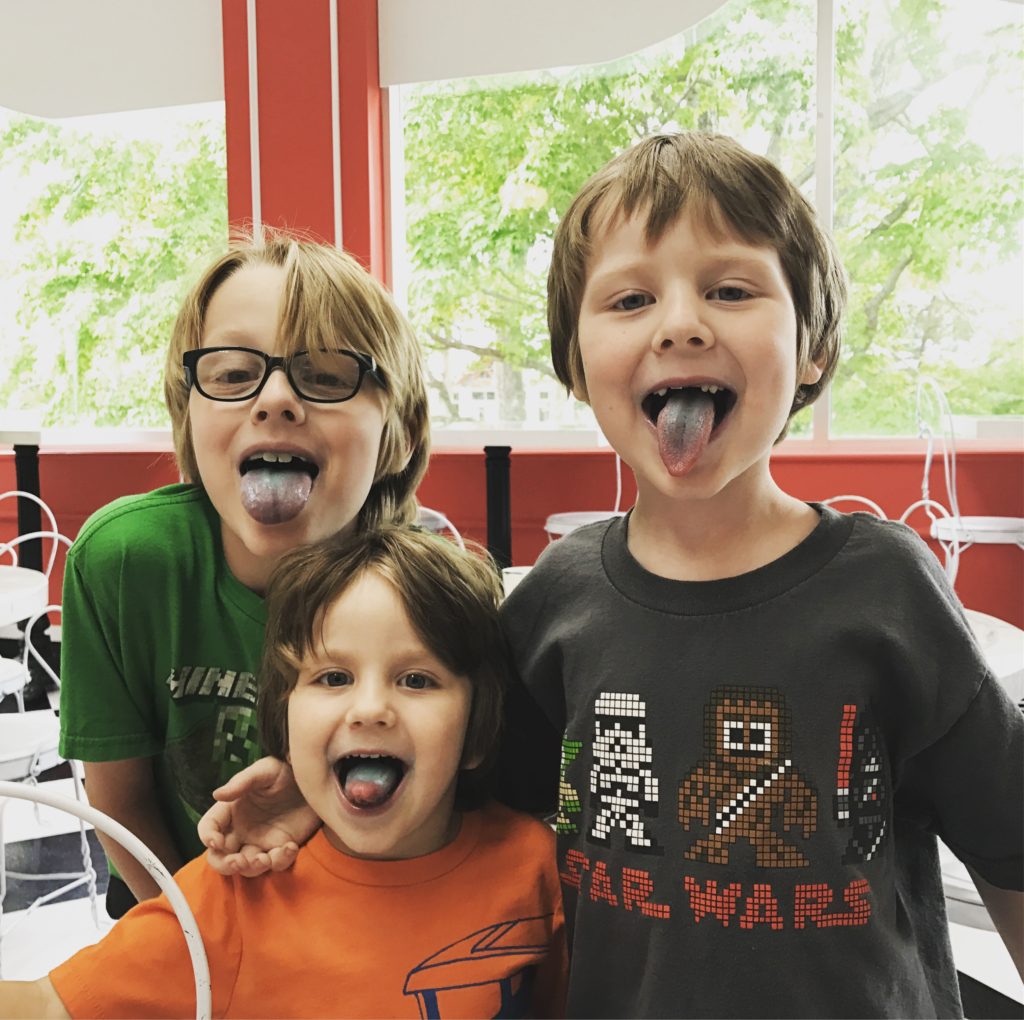 But the highlight, hands down, was the opportunity to meet a park ranger whose family has been giving cave tours at Mammoth for nearly two centuries, and who, by chance, also swore our boys in as Junior Rangers. Jerry Bransford’s great-grandfather Mat was a slave guide for the first owner of Mammoth, and his family served as guides until the National Park was formed in the 40s. Ironically, at that point, Black people were no longer allowed to work in the caves (or enter them) because of segregation. The National Park Service approached Jerry to become a park ranger in the 1990s, and he has become somewhat of a Mammoth celebrity with his rousing tours. To be able to put that real-life connection to the history they’d just learned about was incredibly powerful. 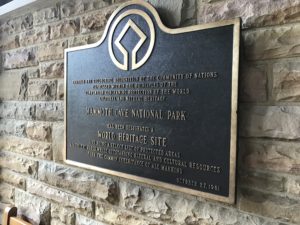 For us, history was definitely alive at Mammoth Cave National Park, and after years of waiting, the park didn’t disappoint. With the many more cave tours to enjoy, the numerous trails above ground, and even more rich history to be discovered, there’s a reason why Mammoth is a World Heritage Site, and we can’t wait to return.