Yes, We Bought a School Bus

The camping bug had long ago bitten us when we began researching the idea of living full-time in an RV of some sort. We’re not adverse to tent camping—we love it. We’ve done several trips in our Big Agnes Flying Diamond 8, but you can’t keep your life in a tent. We wanted to give our kids (and ourselves) the experience of seeing the country, learning hands-on and in-person about history, nature, and science. We’re fortunate enough that our livelihood allows us to drop everything and travel for months, and maybe more—and we knew we needed to get serious about making this happen now, or we would never do it.

Several pitfalls became apparent to us off the bat—the biggest being money. A few thousand dollars doesn’t go a long way when buying an RV. New motorhomes start in the $90,000 range and go way up. Trailers need a serious vehicle to pull. Our Chrysler Town & Country minivan wasn’t going to pull anything bigger than a small pop-up trailer, which we considered, but it’s really just a glorified tent. $10K will get you an early 90’s fixer-upper motorhome, which was also a possibility, but we started to understand that many RVs aren’t built all that well. Lots of thin, cheap construction, skimpy finishes, and layouts that aren’t conducive to our homeschooling family of five. If we were going to be living full-time in this thing, we needed a place for our kids to do their schoolwork. We needed to have space to work on our computers. We didn’t want to convert a table into a bed every night—our kids deserve their own private space.

One day we were watching some HGTV show where a couple was living in a converted school bus, and my mind exploded with ideas. I told Abby “We should do that! I can build that! It could be exactly everything we need!” Without flinching, she said OK. I thought she thought I was bluffing. I brought it up several times over the next couple months, and she just kept saying OK, let’s do it! We got serious, made a budget and a timeline, and put a plan on paper. Were we really going to do this?

A school bus is a perfect vehicle, really. It’s a 15,000 lb solid steel cage to protect your family rolling down the highway. It’s a blank canvas. You get to decide where the bathroom goes. How many bunk beds to have, how many seats at the table. You can custom design your solar system, your water storage tank sizes, where the electrical outlets are. You can find them dirt cheap, too, and with plenty of life left on the engine. States have laws requiring school buses to be removed from service after 10-15 years, usually around 100,000 miles, which is nothing on a diesel engine. Steel is so cheap right now that it’s not even sensible to scrap them, and school districts have a hard time getting rid of them. Many end up in Central America, where they serve as public transportation. You can easily get a bus right out of service for under $4000—sometimes well under, and they are usually impeccably maintained.

After just a few weeks of searching EBay, public auction sites, and facebook groups, we found a bus that had much of what we were looking for (a flat-nose bus with low miles, newer than 2000) on craigslist just outside of Dayton, Ohio. On February 27th, 2016, we drove down to check it out, and were pretty happy with what we saw, so we paid $3400 cash and drove it 5 hours back to just outside of Chicago where we have it parked in a lot that is kind enough to let us work on it. We’ve spent the last two and a half months deconstructing a vehicle that clearly wasn’t meant to be deconstructed, and we’re about ready to start building, with 9 weeks left until we move in.

What an exciting adventure. I look forward to following your travels. Prayers for s safe and enjoyable journey.

You go guys….follow your dreams while you can! Love you and look forward to your adventures! No one can take them away from you

Please sign me up to follow. Hope we get to see the construction of the bus! I love watching Tiny Houses and how they get better and better at using the space! We had a school bus / camper when I was a teen. I loved it! But happily we didn’t live in it — they didnt maximize space like folks do now. But it was GREAT for camping and for playing in the back yard. 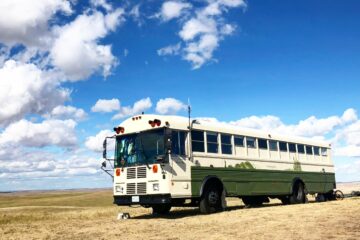 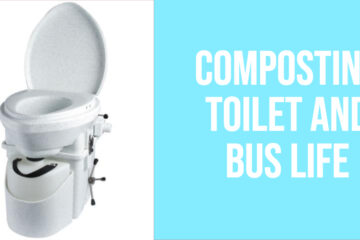 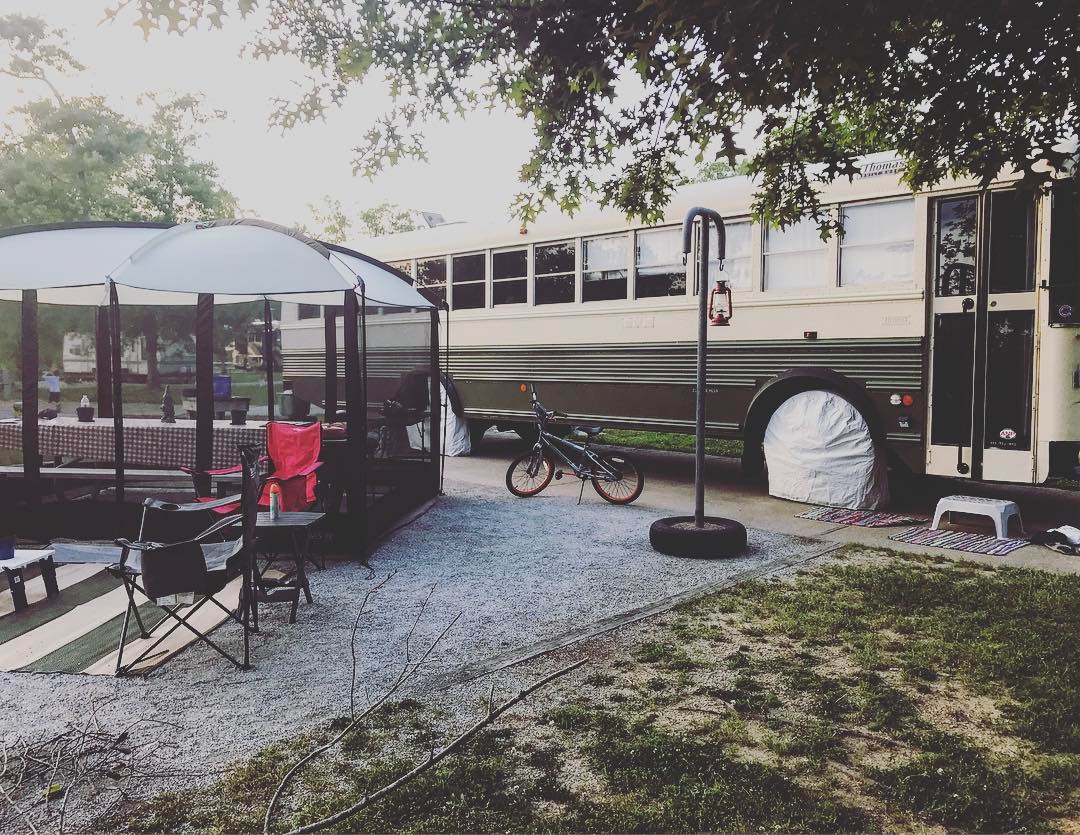